Posted at 02:31h in NEWS by lionpackmusic 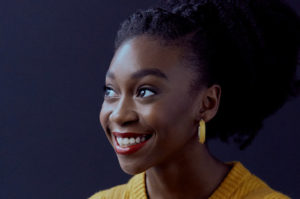 The actor and vocalist, 14, releases her debut single ahead of ‘The Lion King’ hitting theaters.
At just fourteen years old, singer/actress Shahadi Wright Joseph is making a big statement for women everywhere with her debut single, “Skin I’m In,” premiering exclusively via Billboard today (July 11).

“‘Skin I’m In’ is an anthem to remind us all to love ourselves on our best and worst days,” Joseph tells Billboard of the track, which allows the multi-hyphenate to truly solidify the message that girls should love the skin that they’re in. “Daily challenges are unavoidable but can be taken in stride when we choose to say, ‘I am enough.'”

Joseph also stars in the live-action remake of Disney’s The Lion King as Young Nala alongside Beyoncé, Donald Glover and Seth Rogen; the film hits theaters on July 19. This is also Joseph’s second time playing Nala, as when was just nine years old, she made history as the youngest actress to play the character in the Broadway production. Joseph also starred in the 2019 Jordan Peele-directed film Us, alongside Lupita Nyong’o and Elisabeth Moss.