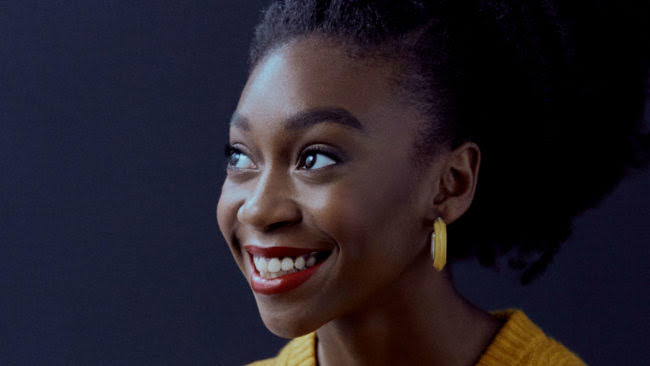 Posted at 00:15h in NEWS by lionpackmusic

‘Us’ Cements the Box Office Power of Jordan Peele

By REBECCA RUBIN
Now playing – Lupita Nyong’o On…
Given the breakout success of “Get Out,” it’s no surprise audiences were salivating to see the next nightmare from the mind of writer-director Jordan Peele.“Get Out,” which landed a screenwriting Oscar for Peele, became one of the most profitable movies of 2017 (grossing $255 million globally on a $4.5 million budget) after the horror film captured the zeitgeist with its exploration of race relations in America. Even with the sky-high expectations set for “Us,” the filmmaker’s second directorial effort, few predicted just how many moviegoers had boarded the Jordan Peele train.“Us,” a psychological thriller about a family confronted by their doppelgangers, put industry projections to shame when it debuted to a massive $70 million in North America, nearly doubling forecasts heading into the weekend. The studio and tracking services predicted it would net a three-day total in the $38 million to $45 million range. “Us” now boasts the second-best debut of the year behind just Disney’s “Captain Marvel” ($153 million).

The marketing campaign for “Us” emphasized Peele’s role in creating “Get Out.” The director was the film’s biggest selling point. Nobody doubted the hype surrounding “Us,” but its better-than-expected opening weekend solidifies Peele as a filmmaker who needs only his name to draw audiences.

“There’s no doubt that the goodwill from ‘Get Out’ paved the way for initial interest,” said Jim Orr, Universal’s president of domestic distribution. “He’s just a tremendous talent, and people recognize it. They could not wait to see what he’s going to do next.”

That power is rare, especially in the age of comic-book blockbusters and franchise-mania. Without using existing IP, “Us” was able to pull off the kind of numbers typically reserved for sequels and superheroes. Among its many bragging rights, “Us” now has the largest weekend for an original horror movie, surpassing “A Quiet Place,” as well as the biggest launch for an original R-rated film ahead of “Ted.” It a comfort to know that there are, indeed, still fresh ideas in Hollywood, and that audiences will show up to their local theater to see original stories if they are able to offer a compelling hook.

“It’s a very unique situation,” said Jeff Bock, an analyst with Exhibitor Relations. “Most filmmakers build up a reputation after a slew of films, especially in the horror genre. Even John Carpenter and Jason Blum took a lot of films to reach the cachet where you can sell a movie on the name alone.”

It took only one movie for Peele, one half of the comedy sketch duo Key & Peele, to cement himself as a horror maestro. Much like “Get Out,” Peele kept the premise of “Us” shrouded in mystery. Yes, we knew Lupita Nyong’o plays the heroine and the villain (Peele’s mind!) as her family fends off blood-thirsty clones while on vacation. But beyond that, moviegoers didn’t know what to expect. Of course, that’s all part of Peele’s plan. The stellar start for “Us” proves just how much audiences trust the filmmaker, not to just deliver on the scares, but to craft a message in a meaningful way.

“Audiences demand a lot from their horror films these days,” Bock said. “You have people who are very savvy about horror giving audiences something new and different. It’s very difficult, but Jordan Peele has carved his niche out of films you wouldn’t expect.”

Following the success of last year’s hits like “A Quiet Place” and “Halloween,” horror’s box office hot streak shows no signs of burning out. Peele unequivocally labeled “Us” as a “horror movie,” but it’s also able to blend genres and deliver some solid laughs (many of which are supplied by the scene-stealing Winston Duke). By flipping the formula for scary movies, Peele keeps the genre from getting stale. Since its world premiere at the South by Southwest Film Festival, “Us” has garnered rave reviews, along with a coveted 94% rating on Rotten Tomatoes.

Apart from the critics and filmmakers who flew to Austin, Texas for SXSW, Universal rallied interest among influencers in the black community. John Legend, Janelle Monae, Ryan Coogler, and Tracee Ellis Ross were some of the more prominent names that attended #UsFirst screenings, designed to give audiences of color a chance to see the movie outside of the film festival scene. “Us” centers on a black family, but unlike “Get Out,” it’s not a commentary about race. After advanced screenings built up solid word of mouth, moviegoers of all ethnicities turned out in droves to see Nyong’o and Duke go toe-to-toe with themselves on the big screen.

The opening weekend of “Us” pulled in diverse crowds. The biggest turnout came from Caucasian audiences (36%), followed by African-Americans (30%), and Hispanics (21%). “Us” also enticed a younger demographic, with 47% of moviegoers under the age of 25.

At the New York premiere of “Us,” Peele encouraged the crowd in a screening room at the Museum of Modern Art to converse with one another after the credits rolled. By creating the type of movies that organically foster conversations, Peele has also made himself a exhibitor’s dream. Horror, with its jump-scares and visceral thrills, is a genre that naturally lends itself to the camaraderie of the theatrical experience. But more that, Peele constructs movies that require more than one viewing to understand it’s many layers.

“Fans starting buying tickets weeks ago to experience ‘Us’ in theaters with their friends,” said Elizabeth Frank, AMC’s chief content officer and executive VP of worldwide programming. “It’s no secret that the communal experience of a movie theater greatly enhances the story on screen, especially films full of suspense. ‘Us’ is not only must-see, but must-see in a movie theater, surrounded by moviegoers who are sitting on the edge of their seat.”

As for Peele, the filmmaker will have no shortage of projects thrown his way. Peele, who has previously said he has multiple contemporary social thrillers in mind, hasn’t announced his next movie. He’s producing (though not writing or directing) a “spiritual sequel” to “Candyman,” due out in 2020. On the TV front, he’s rebooting “Twilight Zone” for CBS All Access and executive producing Amazon’s “The Hunt,” a series inspired by real events about a group of Nazi hunters.

“Look at all the projects he has lined up now,” Bock said. “Everyone wants a piece of him.”